The store will not work correctly in the case when cookies are disabled.
$2.50 Indian AU .1209oz

Most Competitive Prices in the industry
FREE Shipping on all orders above $99
Out of stock
SKU
2-50-indian-6
Volume Pricing
As low as $216.22 per unit over spot
Be the first to review this product
$441.88 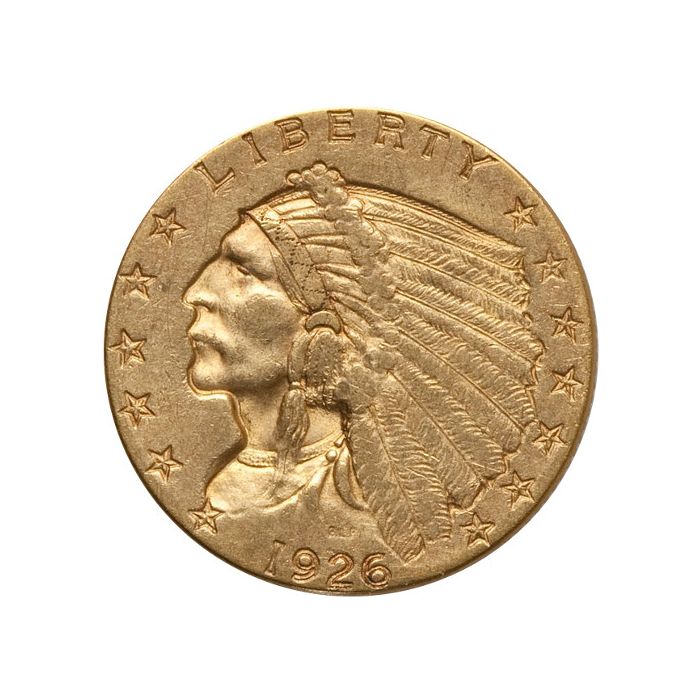 Skip to the beginning of the images gallery
Description

This coin’s condition is classified as Almost Uncirculated (AU). It contains .1209 ounces of .900 pure gold.

This coin’s engravings made it rare, indeed, thanks to its sunken design, rather than the common raised design. This is referred to as incuse relief. This was the first time the United States mint had ever struck coins in this style.

Known for his labors to combat the Great Depression, President Franklin D. Roosevelt put forth an attempt to first collect, then melt down, as many gold coins as possible into gold bars. Because of his extensive efforts, the Indian Gold Quarter Eagle – and other pre-1933 gold coins – are rare and much coveted by history buffs, collectors, and investors.

Images on both sides of this coin were designed by Bela Lyon Pratt. On the obverse side of this coin you will find, in full headdress, a Native American chieftain. On its reverse side, this coin shows its odd half denomination and an image of the bald eagle. He stands above an olive branch and a quiver of arrows.